The Southbank in London may not be to everyone’s taste but it is there so leave it alone developers! Built when pouring concrete to create large monolithic structures was almost as popular in Britain as it must have been in the former Soviet Union the arts centre is a true public space. Back in 2011 the centre celebrated its 60th anniversary. As part of that there were some temporary fountains set up and on one sunny Saturday in June children were playing in the fountains. I was lucky enough to catch this photo 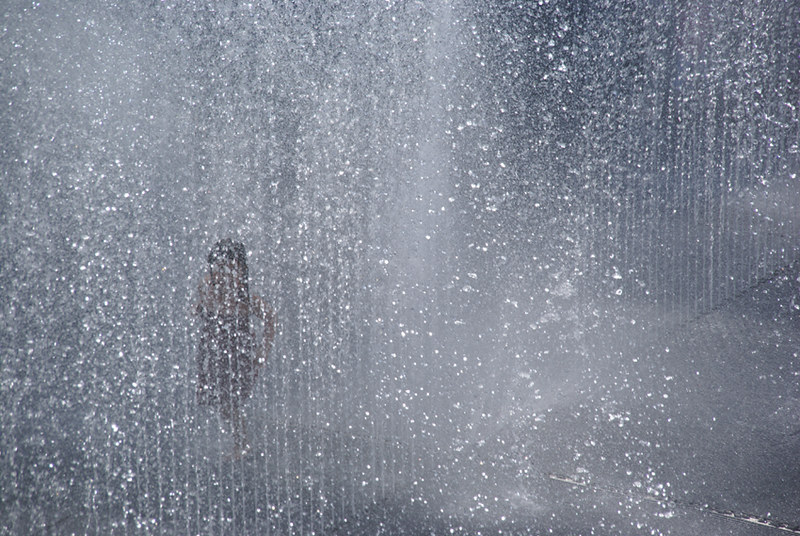 of one of them getting caught out although maybe it was on purpose. Although it is a public space there is room for improvement on the pricing of the performances which, as with most other places and events in London, creates exclusion. You can see and buy more of our photographs on our Junagarh Flickr site or our website, http://www.junagarhmedia.co.uk.