This is a photo from a slightly overgrown graveyard in the middle of Oxford. Side by side were two headstones, a couple I think. And in between them a new life was beginning only this time it was in the form of a small tree. 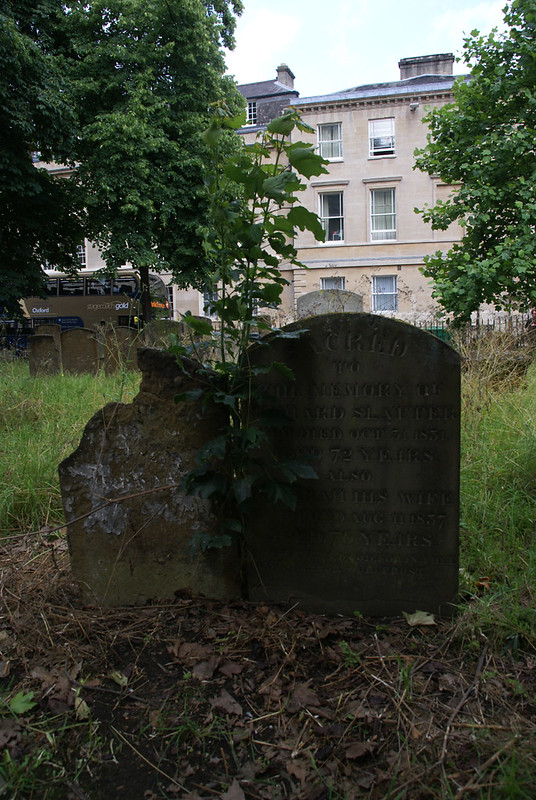 All those elements and all the energy that was what made up the two human beings was now being recycled into something else. The complexity of two human beings transformed into something else. Materials from the first and second generation stars that launched these complex atoms across an earlier universe to form our solar system were themselves being reused for new forms of life. Do you think about this? What were the elements in me doing before they were in me. What was the energy doing before it was in me. What will happen to those materials and energy when it is my turn to be recycled? What will they become?